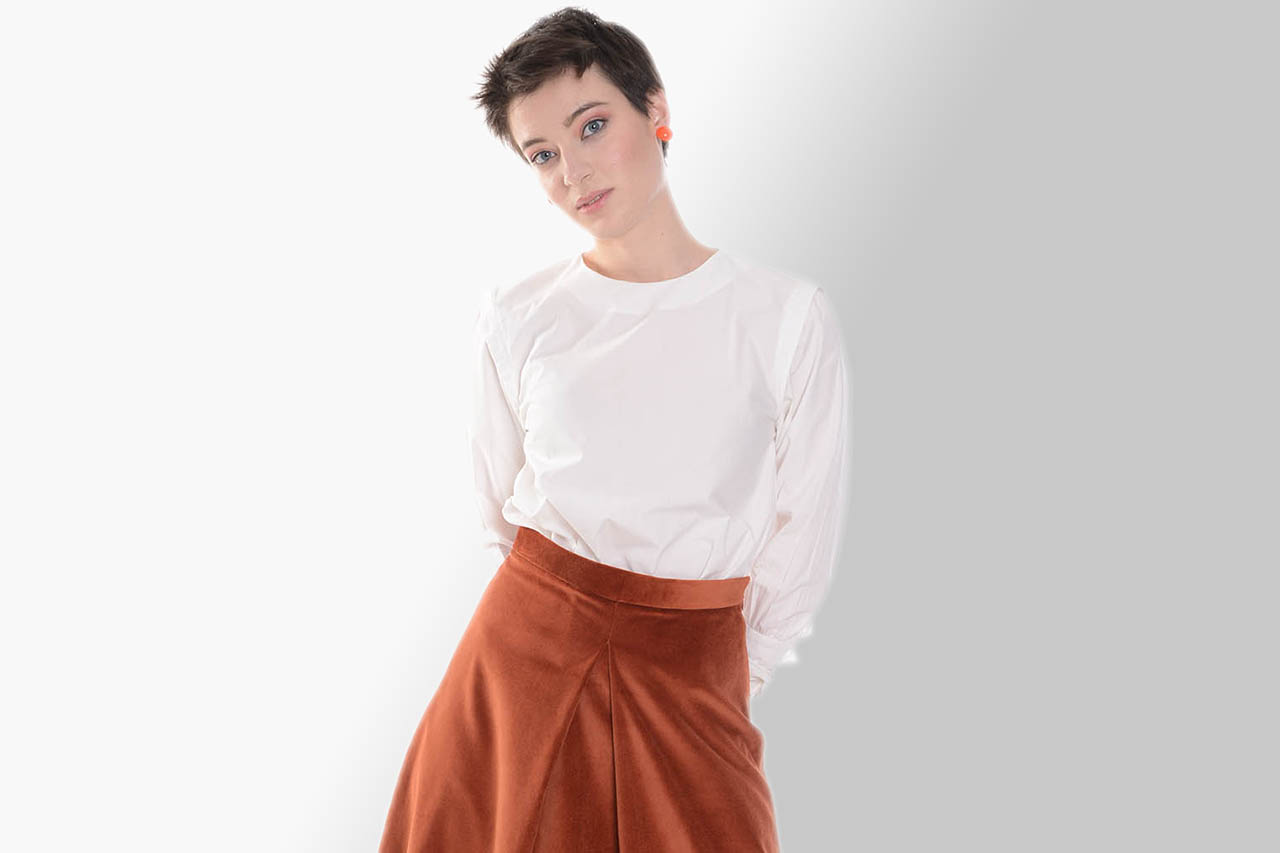 Dromo Milano was born in 2020 from the experience of its designer Cristiana Monaco. She had been working as in-house legal counsel of a multinational conglomerate for fifteen years, but at some point, as it often happens, she felt she needed a change. She started attending tailoring and pattern making courses so as drawing fashion figures and garments as she used when she was a girl, rediscovering then that first passion she has ever had for tailoring and fabrics. In her work experience she realized that women tend to wear in a manlike style in many workplaces, especially male-dominated ones. If asked about that some respond that it is a matter of trust and reliability. This made her consider the external conditioning women may experience and the need to stop this process by inviting them to be confortable in expressing their own personality also through clothes. These thoughts gave birth to Dromo Milano project. The word Dromo deriving from Ancient Greek means place to run, but same word in nautical slang refers to a landmark on the coastline for sailors. Then Milan is Cristiana’s town. Dromo Milano is therefore intended as an invitation not to renounce to freely express our own personality and skirts could aspire to be a landmark in this respect. Dromo Milano produces high-end garments made in Italy with an artisanal manifacturing process and mainly natural fabrics of the finest quality from different countries, also leftover fabric with the aim of addressing waste in fashion industry and crafting limited edition pieces at once. Dromo Milano goal is to make garments built to last and to enhance all body types.